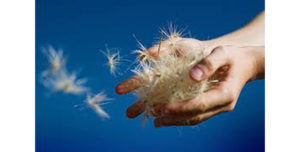 Who you have on your team is critical to your success.

You typically embrace the encourager, the supporter, the mentor, and even the ‘tell-it-like-it-is” person. Their contribution and commitment to your success is invaluable. There are also people who challenge you to your core, yet they have a purpose too. Oftentimes, these people are in your life to contribute to your growth and development. They help you develop patience, discipline, and character. Sometimes they can be downright frustrating, but they are indeed necessary.

Then, there are those people you should have released a looooong time ago. Your team is not only about who should stay, but it is also about identifying those who should be released. Releasing people, especially those with whom you have a long history, can be difficult.

At some point, we come to the realization that longevity and loyalty can be two completely different things.

When we retain someone in the workplace who should be released, it frustrates leaders because you know you need someone with a different skill set.
The leader eventually becomes irritated because the team is unable to operate at optimal levels while other team members begin to question your ability to lead well.

On the other hand, the person who didn’t take action steps to leave the unfulfilling role is frustrated because the role can’t be altered to fit what he or she desires. Many employees complain about not getting what they need from their job but refuse to take action to go get what they need, elsewhere.

I have seen many organizations in good faith try to make it work as they alter roles to fit specific people rather than focusing on the needs of the department or workplace. This is typically done out of long-term loyalty, fear, or both. I completely understand the desire to make it work. However, forced roles rarely translate into long-term success.

Consequently, you still have at least two frustrated individuals pulling for what they need while real progress goes right out the window.

This is what I know for sure. When leaders fail to release people in a timely manner, we keep them from elevating to a role they are better suited for while limiting the success of the entire team.

Likewise, when WE fail to leave a role that no longer suits us and what we are called to do, we voluntarily hinder our own destiny and blame others for the stagnation.

Several years ago, prior to J. PR and Associates, I had an employee from another department asked me to consider her for a senior HR role. She had worked at the organization for a while and gained valuable experience, but I knew she wasn’t ready for the senior position.

I told her she needed experience outside of the organization that would allow her to grow in various aspects of Human Resources. She eventually left the organization and landed other positions that gave her the experience she needed and she kept moving up. Ultimately, she became the President of one of the organizations I am affiliated with today. Let me be clear. She took my “no” and my advice and turned it into something amazing. Her decision to leave combined with her hard work paid off.

This decision also freed me to hire qualified, talented team members that enhanced the department and ultimately the entire organization.

Sometimes making the hard decision to release others lands you and the other person right into the arms of greatness.

I began this newsletter with this statement: Who you have on your team is critical to your success. So I just have one question. Who’s on your team?

All The Best,
~Paula